Bangladesh National Geographical Association (BNGA) was found in a meeting in Shilpokala Building, Dhaka on 23 July in 1972 to spread the geographical knowledge and to enhance the professional status of geographers. In the same year the constitution of the association has been written where the aim of the association, membership, voting system, executive association, duties of member have been mentioned. This association began with only 33 executive members. At present lifetime member is 364.

Bangladesh National Geographical Association continuously work for fulfilling its aim and objectives, mainly to help the fellow Geographers to develop geographic knowledge and build up relationship among the geographers and publishing Bengali and English journals from the research of national and international geographers. The first and second anniversary conference of this association was held at Jahangirnagar University where except the prominent geographers of the Indian sub-continent, 18 specialist geographers from all over the world attended of this conference. In this conference had a broad discussion on flood, green revolution and problems of teaching geography got prominence.

Besides completing the second anniversary, a daylong seminar was arranged in Khulna on Coastal Environment and Development which held on 31st May, 1990. To keep pace with the sequence of development a daylong seminar was held on Land Planning and Development at Pangsa on 26 January, 2002. A local conference was held in Chittagong in 2004. The theme of this conference was Different steps of Geographical Study in Bangladesh.

On the occasion of International Environment day a daylong seminar on the Wetland of Bangladesh was arranged at Jagannath University in January, 2006.  The title of this seminar was “Filling wetland and threatened environment”.
With the cordial help of Shahjalal University of Science & Technology 7th January 2008, Monday, a daylong seminar on ‘Sylhet Region Hoar: Environment, Landscape, and Bio-diversity’ was arranged. 1-2 June, 2008 Monday in Jahangirnagar University seminar room, a two days national seminar on ‘Climate Change: Adaptation and Mitigation,’ was jointly arranged by BARCIK and BNGA. A daylong seminar on Urban Sanitation: Issues and Challenges was held in 27th August 2016, at Pabna University of Science and Technology, with the help of Bangladesh National Geographical Association (BNGA). 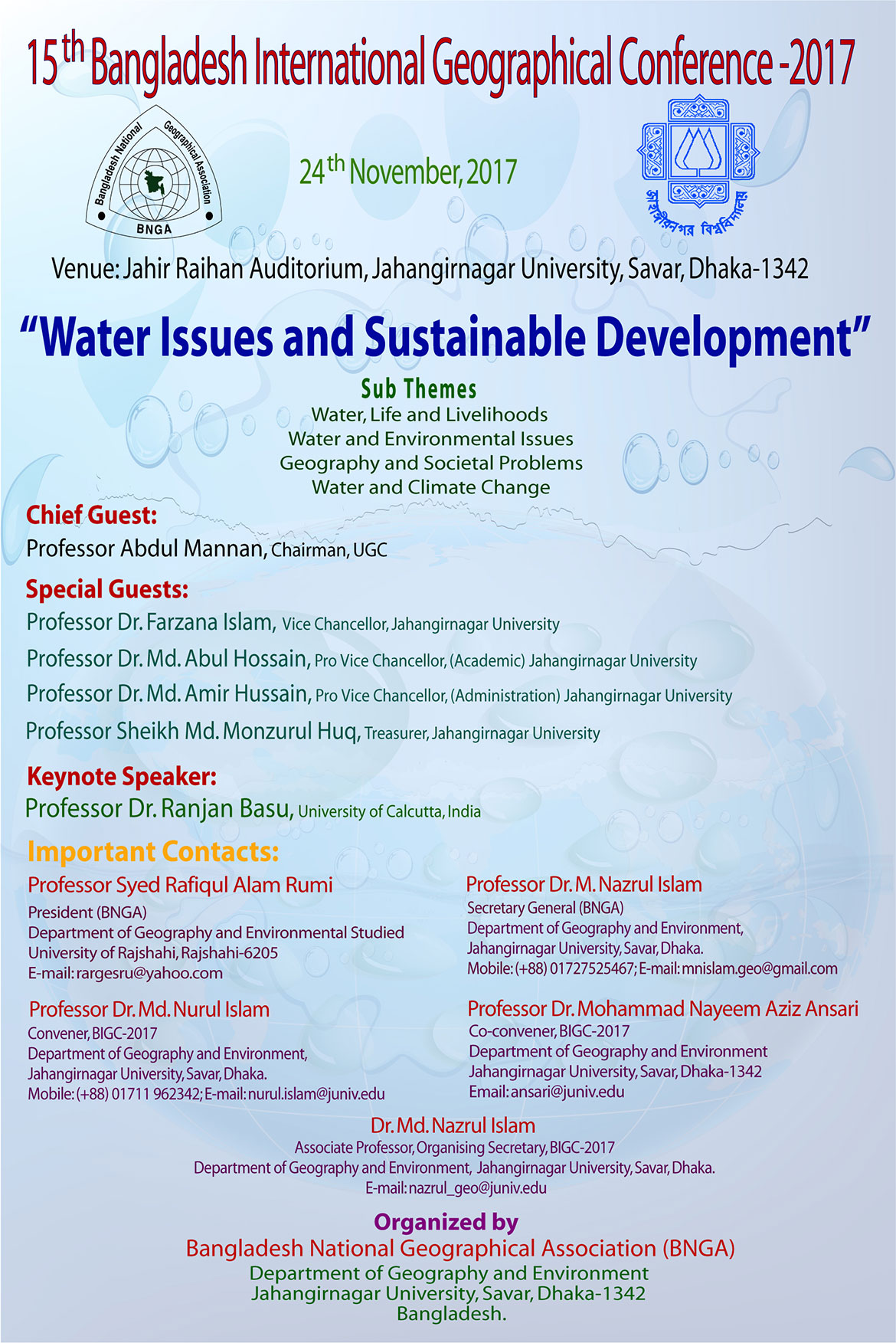